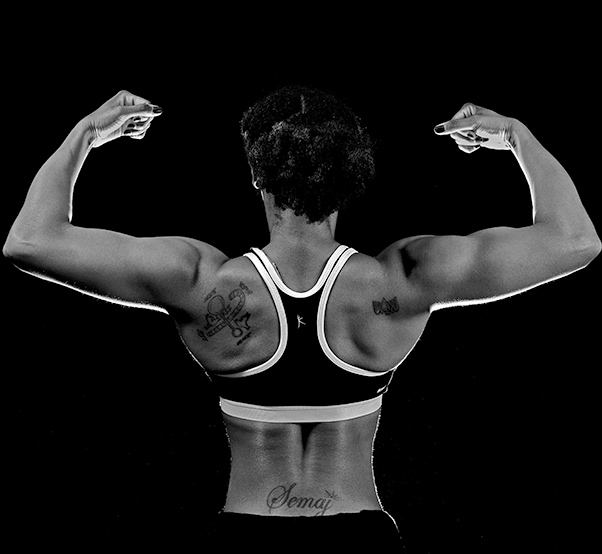 As Semaj’s alarm screeches throughout her bedroom at 2:30 a.m. she awakes for her morning cardio session, checks on her six-year-old son Jamel and then laces up her running shoes.

Staff Sgt. Semaj, a supply craftsman with the 432nd Aircraft Maintenance Squadron at Creech Air Force Base, Nev., does this every morning to keep her body in shape in preparation for her next bodybuilding event where she hopes to earn her professional status.

As the light thud of her feet sound on the harsh pavement she is focused and determined to get back on stage.

“Bodybuilding was on my bucket list,” the South Florida native said. “It’s been much more than that because the gym is my happy place and I consider the stage my home.”

During the preparation for her first competition in 2015, she found out her god brother had passed, but she attributes weight lifting to helping her cope.

“When he passed, I found that the gym helped calm me down and helped me find peace knowing he’s in a better place,” she said. “I also knew he wouldn’t want me to stop training.”

That year she placed second in the bikini category of the Lackland Bodybuilding Classic.

Since then she has moved up in category and, recently, competed in her first show as a figure competitor. 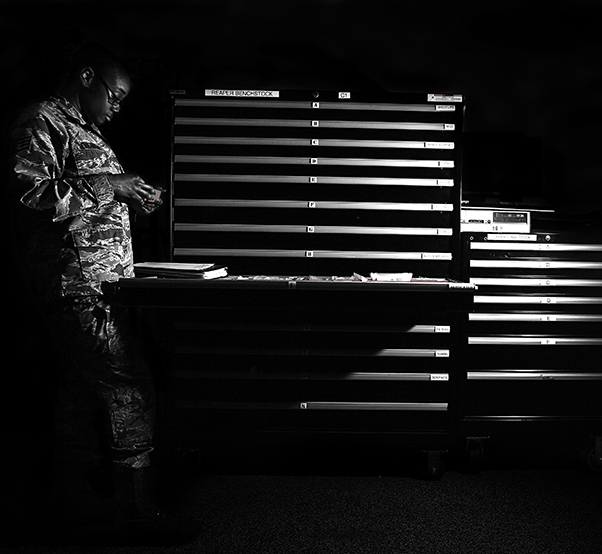 “I did pretty well in bikini, but I knew I would never turn pro in that category,” she said. “I had to lose so much weight and muscle and it was very discouraging. I made the jump to figure because I want to go professional and step on the Olympia stage.”

While the stage is familiar to Semaj, coming from a performing arts school background, she still experiences butterflies.

What are the judges thinking? Am I smiling right? Does the competitor next to me look better? All these things and more race through her mind in blissful chaos as she posed in front of the judges at the 2017 National Physique Committee Southern Championships in Orlando, Fla.

After whittling the competitors down, the announcer called her number. She had taken second place, which to her, was a significant achievement as it was her first competition in a new class.

“I was in shock,” she said. “My heart dropped and I had the biggest smile on my face, knowing all my hard work had paid off.”

Competing doesn’t just help her cope or inspire her confidence, it has also helped her become a leading role model in her family, despite any doubt she has encountered.

“My mom didn’t want me to get into bodybuilding at first,” she said. “As a kid growing up, she was my role model, but as I’ve started my journey she now looks up to me which is a great feeling.”

Semaj’s mother is proud of her as a nationally qualified amateur bodybuilder in the figure category, a U.S. Air Force staff sergeant, part-time student and, all the while, a full-time single mother.

“A lot of people tend to make excuses of why they can’t do certain things, especially getting fit,” she said. “I hear things like ‘I don’t think I can, the diet is too hard or I’m too busy.’ I like to get up on stage and show it can be done no matter what.” 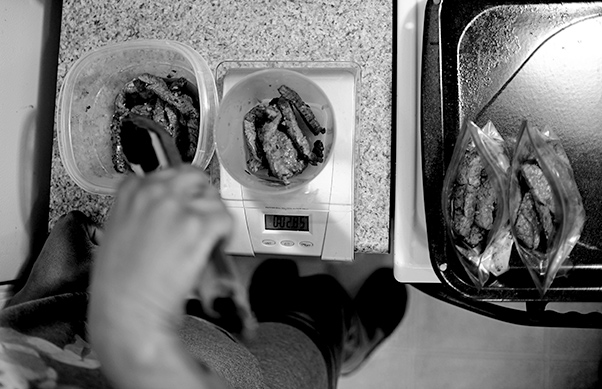 Semaj, 432nd Aircraft Maintenance Squadron supply craftsman, weights her meals April 2, 2017, at her home in Las Vegas. To maintain her strict diet, she weighs her meals to ensure her body Is in tip top shape to compete in women’s bodybuilding in the figure category.

Semaj says the excuses most people make only drives her to chase her dreams even more, but to do so she maintains a strict schedule.

After her morning cardio she gets Jamel ready for school and drops him off on her way to work where she manages, orders and tracks parts to keep MQ-1 Predators and MQ-9 Reaper in the air.

Next she picks her son up from day care and takes him with her to complete another workout, this time with weights. Then it’s back home to do her own homework and help with his school work. Once the hard stuff and dinner are out of the way, they get to enjoy each other’s company by practicing Jamel’s football skills, reading and showing off their selfie photo talents.

“When I decided to start pursuing bodybuilding my first thoughts were how my little one was going to adapt because he’s my life,” she said. “We made the transition from fried foods to baked and we live an active lifestyle. When I go to the gym he plays in the child area and he’s adjusted well.”

Jamel will even join his mother during plyometric exercises and posing at home, giving her a run for her money on pushups.

Looking back before she joined the military, Semaj didn’t expect to accomplish all that she has to date.

“I saw my friends and the paths they were going down and I didn’t want that for myself,” she said. “I knew I needed to get outside of Florida because with the mindset I had, I was going to either be in jail because of my friends or I’d still be living with my family.”

In 2007 she began talking to an Air Force recruiter between her college courses and working as a childcare provider.  Shortly after she started, in her words, “practically living at the office” and spending most of her days helping the recruiter sign more recruits before, eventually, picking her own Air Force specialty code. 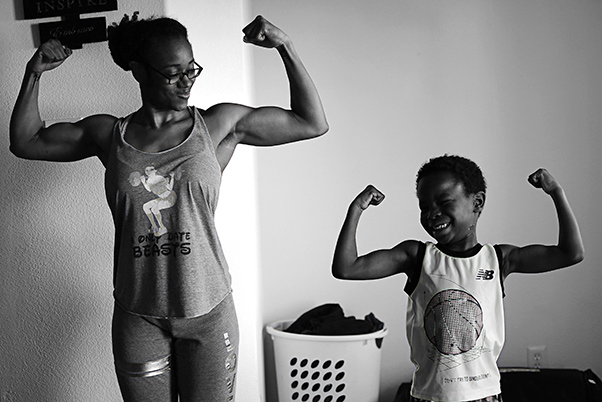 “One day my recruiter’s best friend came into the office and was talking about her job in supply,” she said. “She just sold it well and that’s how I chose my job.”

Ten years later, she still doesn’t regret her choice. Being in the military has given her opportunities she didn’t expect and her appreciation for her job has never faltered.

“The saying goes ‘you can’t fly without supply’,” she said.

Looking forward, Semaj will continue to pursue her dreams of competing on the Olympia stage as a professional women’s bodybuilder while, also, chasing her education in sports medicine. No matter what, she will continue to inspire others and find balance for herself as a student, Airman and mother through her love of bodybuilding.