A-10 Thunderbolt IIs from the 66th Weapons Squadron, HC-130s and HH-60G Pave Hawks from the 34th WPS, and C-17 Globemaster IIIs from the 57th WPS collaborated distinctive capabilities during the training event, which required a complex aeromedical evacuation and the establishment of a Forward Air Refueling and Arming Point.

“This is the first time the 57th WPS, 34th WPS, and the 66th WPS have integrated at this phase in the course.” said Maj. Daniel Naske, 57th WPS CMA Phase Manager.

The scenario, crafted by instructors to challenge students on combat search and rescue, aeromedical evacuation and refueling in an austere environment, took place on a massive dry lake bed to simulate an improvised landing zone behind enemy lines.

A combat casualty had been rescued hours earlier by aircrew aboard an HH-60G Pave Hawk required urgent care at an advanced medical facility. Because helicopters are limited in range and air speed, a decision was made to transfer casualties onto a bigger, faster airframe capable of trans-continental flight. 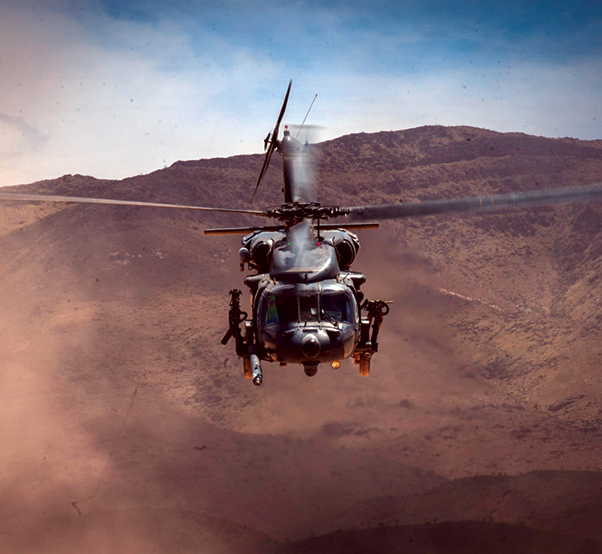 An HH-60G Pave Hawk helicopter assigned to the 34th Weapons Squadron, U.S. Air Force Weapons School, Nellis Air Force Base, Nev., takes off from a dry lake bed during a composite mission application exercise at the Nevada Test and Training Range, April 24. As part of the training scenario, a combat casualty was rescued by a helicopter crew before being transferred onto a separate aircraft for long-range aeromedical evacuation.

“In the back of the C-17 would be an Aeromedical Evacuation Team ready to receive the patients and care for them en-route to a theater hospital.” said Naske. “The fact that the C-17 can fly very long distances relatively quickly makes it an ideal platform for the task.”

Meanwhile, A-10s howled above in a familiar close air support role providing over watch for vulnerable aircraft and combat controllers on the ground below. Because casualty transfers may need to happen in contested conflict zones, the A-10’s low and slow approach, combined with its lethal armament, makes it a valuable asset to the CSAR mission set.

After providing support from the air, the A-10s joined the rest of the fleet in the dirt and received fuel from an HC-130 activity as a, “mobile gas station.” 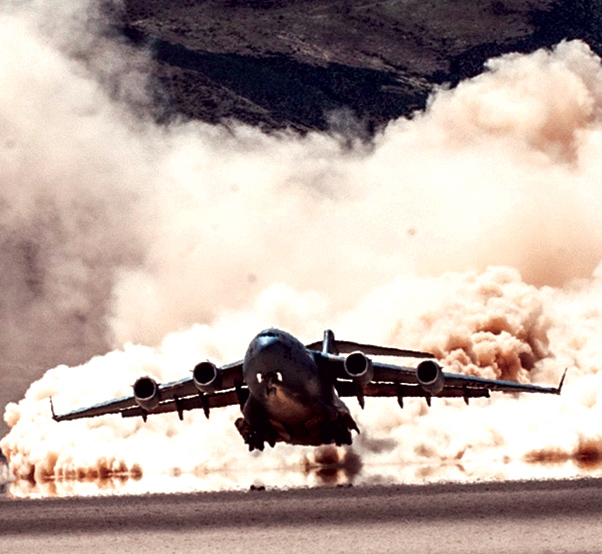 A C-17 Globemaster III cargo aircraft assigned to the 57th Weapons Squadron, U.S. Air Force Weapons School, Nellis Air Force Base, Nev., takes off from a dry lake bed during a composite mission application exercise at the Nevada Test and Training Range, April 24. The training scenario required an aeromedical evacuation of a combat casualty via a C-17.

By combining multiple training objectives, presenting environmental and logistical challenges and letting students mission plan together based on asset capabilities, instructors were able to craft scenario that effectively simulate a stressful situation that occurs in real-world conflict.

“Because the C-17 can fly very long distances and relatively fast, this makes it an ideal platform for Aeromedical Evacuation. It is incredibly important that we train our pilots and aircrews to these types of situations.”

The USAFWS strives to produce the Air Force’s humble, credible, and approachable experts in the art of integrated battle-space dominance across the land, air, space and cyber domains, and routinely carries out complex exercises requiring planning and execution by students training in specialties. The end result is a group of leaders not only incredibly capable in their capacities, but able to integrate seamlessly as part of a joint effort toward a common goal. 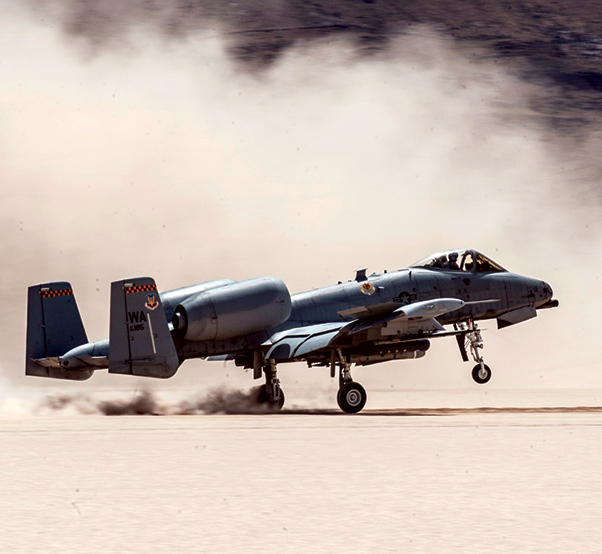