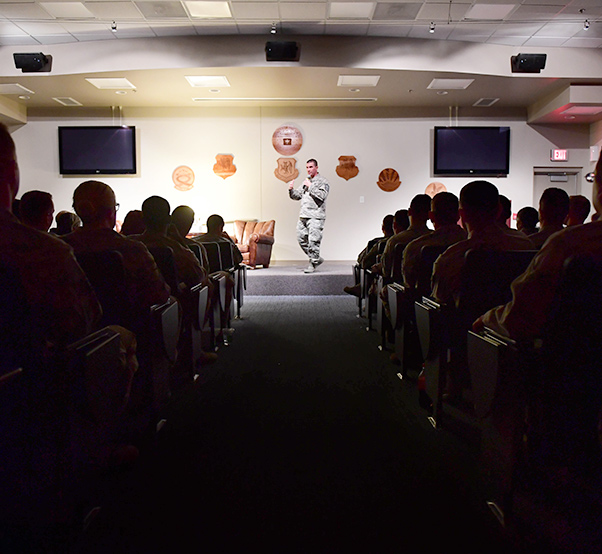 Senior Master Sgt. Michael, 99th Air Base Wing superintendent community support, shares his personal experiences during the first Storytellers event May 10, 2017, at Creech Air Force Base, Nev. Michael explained how his U.S. Air Force family helped him through his struggles after his daughter was diagnosed with depression and anxiety.

Emotions ran high as four Airmen shared their personal stories of overcoming adversity with Airmen from around the base during the first Storytellers event here, May 10, 2017.

More than 200 Creech personnel packed the auditorium to connect with the storytellers and learn experience in their individual narrative in dealing with challenges in their lives.

“The event was a huge success,” said Senior Master Sgt. Michael, 99th Air Base Wing superintendent community support. “There was barely any standing room and it seemed like a lot of people were impacted.”

“It was a great turnout here for the Creech community at this first Storytellers event,” said Master Sgt. Chris, 58th Rescue Squadron first sergeant. “It was very empowering for me to tell my story, about my mother’s death on the eve of Mother’s Day. It meant a lot to get that off my chest and show that everyone does have a story, we’re all alike.”

As the Airmen shared their experiences, some members of the crowd nodded in acknowledgement, others gasped and others cried.

“I definitely was able to relate to the first two stories because they’re things I’m going through now,” said Tech. Sgt. Tamika, 799th Air Base Squadron food service quality assurance. “The event touched me and was very moving. I hope this is something we continue to do in the future.” 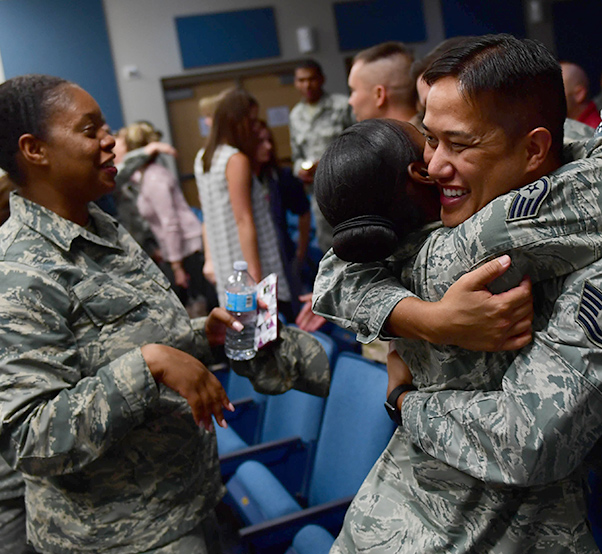 Airmen give Tech. Sgt. Palani, 799th Air Base Squadron NCOIC of vehicle operations, a hug after the first Storytellers event May 10, 2017, at Creech Air Force Base, Nev. Palani shared his experiences as a child and overcoming the adversity of having a drug-addicted father and survived molestation as a child.

After the event, audience members shared their own struggles with the storytellers and how they were able to relate.

For Michael, who explained how his military family helped him through his daughter’s diagnosis of depression, anxiety and thoughts of suicide, one Airman stood out.

“Someone came up to me afterward and said last night she was ready to give up because her child was going through something similar to my daughter,” he said. “She felt like she was meant to hear my story and it inspired her to go on. It broke me to hear that, but even if she’s the only person who was helped today, then it was 100 percent worth it.”

Tech. Sgt. Palani, 799th ABS NCOIC of vehicle operations, shared how he overcame living with his drug-addicted father, discovering his father’s body after suicide and being raped by a family member at his grandparents’ house. While no one said they directly related to his story, it inspired them to want to share their own experiences.

“There are quite a few people I know, who want to be a part of the next storytellers, now, and I’m sure I’ll learn about them like they learned about me today,” Palani said. 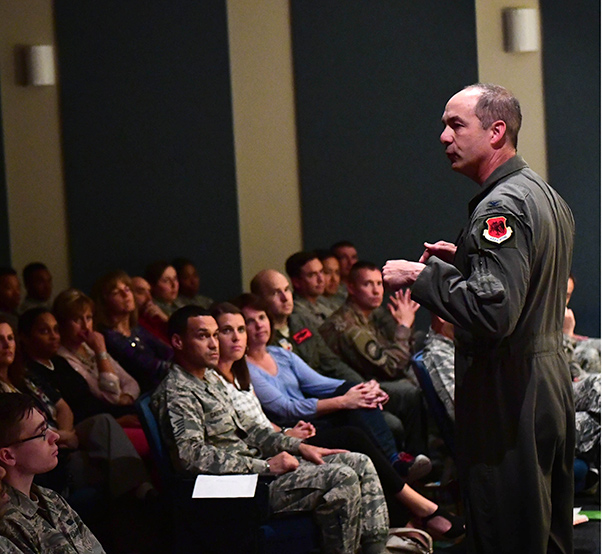 “I feel like this brings the community closer and shows the unity people have that they don’t realize beyond the uniform,” Staff Sgt. Miranda, 78th Attack Squadron intelligence analyst.

Each Airmen’s story differed but, they all agreed that it was their military family which helped them overcome their struggles.

“You can do it alone, but you don’t have to,” said Tech. Sgt. Jimmy, 78th Attack Squadron intelligence analyst, who shared how he relearned to walk after a skydiving accident with multiple doctors telling him he would never walk again. “Most people fear the first step of asking for help and hopefully our stories about what we did will help others be confident enough to ask if they need it.”

During the closing remarks given by Col. David, 432nd Wing/432nd Air Expeditionary Wing vice commander, with tears in his eyes, he explained the importance of events like storytellers and how he could relate.

“We tend to get caught up in the minutia of life and the mission, but what we don’t know about on a higher level…is other people,” Chris said. “The most powerful weapons system in the U.S. Air Force is our Airmen. Continuing to connect with others becomes a force multiplier showing people they can overcome anything.” 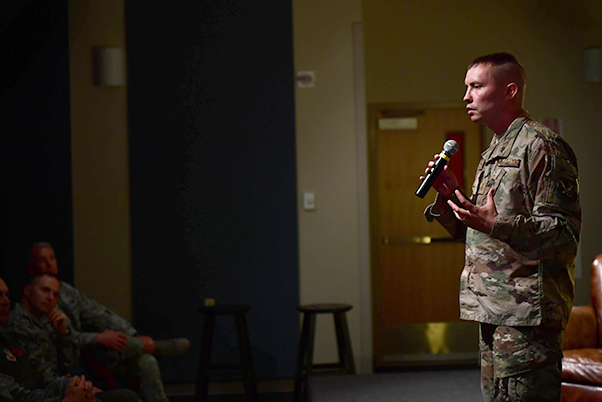 Master Sgt. Christopher, 68th Rescue Squadron firs sergeant, shares his personal experiences during the first Storytellers event May 10, 2017, at Creech Air Force Base, Nev. As a young Airman, Christopher lost his mother and grandfather while deployed. Afterwards, he faced administrative punishments for underage drinking following a night at the bar. A senior non-commissioned officer helped him through his struggles which lead him to become a first sergeant where he has helped Airmen. 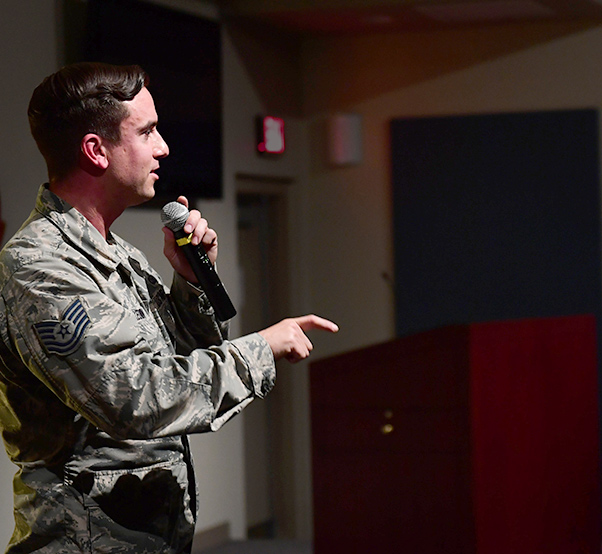 Tech. Sgt. Jimmy, 78th Attack Squadron intelligence analyst shares his personal experiences during the first Storytellers event May 10, 2017, at Creech Air Force Base, Nev. Jimmy broke 23 bones in a sky-diving accident when his parachute malfunctioned. Doctors told him he would never walk unassisted again. He now can walk and play sports and helps other work through their injuries.