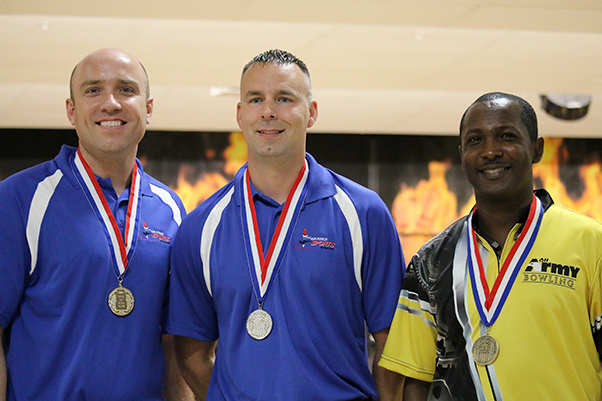 Air Force women defended their crown with in a close competition with Navy by scoring 16,803 total pins to Navy’s 16,619 pins. Army placed third overall with 15,825 pins and the Marine Corps did not have a complete team.

In the King and Queen Competition, Crowder squared off against McTaggart in a one-match winner take all. In the end, Queen Crowder was victorious scoring 198 to McTaggart’s 181.

Editor’s note: Complete results can be found at http://armedforcessports.defense.gov/Sports/Bowling/2017-Armed-Forces-Bowling-Championship/.