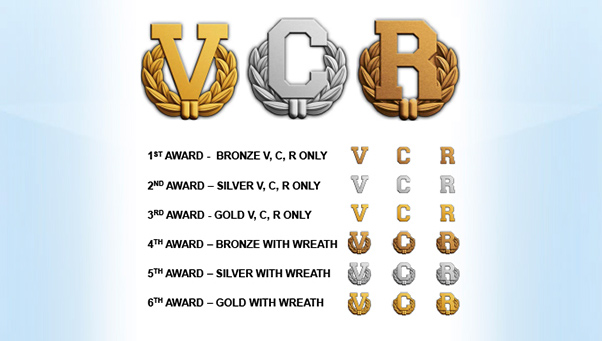 Following a comprehensive Military Decorations and Awards Review in 2015, the secretary of Defense implemented several changes to ensure the Defense Department’s military decoration and awards program continues to appropriately recognize the service, sacrifices and actions of service members.

“As the impact of remote operations on combat continues to increase, the necessity of ensuring those actions are distinctly recognized grows,” DOD officials explained in a memo released Jan. 7, 2016.

The “R” device, which may be affixed to non-combat performance awards, was established to distinguish that an award was earned for direct hands-on employment of a weapon system that had a direct and immediate impact on a combat or military operation. These actions can be performed in any domain but must not expose the individual to personal hostile action, or place him or her at significant risk of exposure to hostile action while engaged in military operations against an enemy of the U.S.; or involved in a conflict against an opposing foreign force; or while serving with friendly foreign forces engaged in military operations with an opposing armed force in which the U.S. is not an aggressive party.

“Airmen assigned to cyber operations and intelligence, surveillance and reconnaissance operators would be examples of those eligible for the ‘R’ device,” said Lt. Gen. Gina Grosso, the deputy chief of staff for manpower, personnel and services. “These members create direct combat effects that lead to strategic outcomes and deliver lethal force, while physically located outside the combat area.”

The standardization of the “V” device as a valor-only device will ensure unambiguous and distinctive recognition of distinguished acts of combat heroism.

All devices may be awarded retroactive to Jan. 7, 2016, the day the secretary of Defense established the devices.