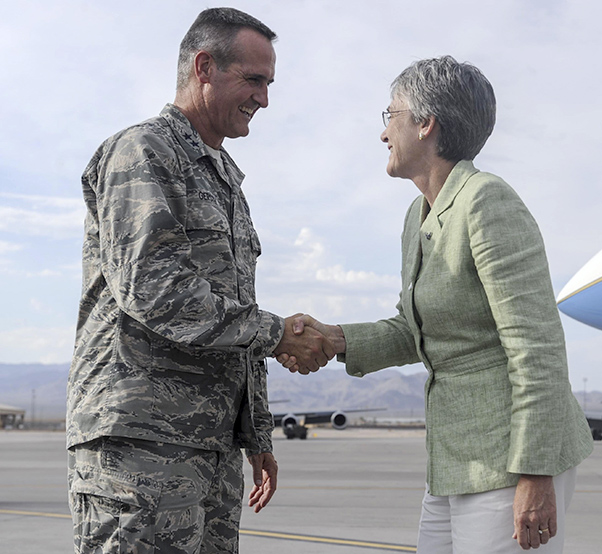 Wilson’s priorities of readiness and innovation were bolstered through the experiences she had during her week in southern Nevada.

“Nellis is where we bring readiness together,” said Wilson. “Not only is it where we test new things, but it’s where Airmen have a chance to come together and practice the high-end fight.”

Not only was Wilson able to see how Red Flag readies the Air Force for future altercations, but she also saw firsthand how Nellis is at the forefront of modernization.

“I spent three days here at Nellis, and test and evaluation is a big part of the mission,” said Wilson. “This is where we test the newest things we’ve developed, and we push the envelope on innovation. We’re seeing innovation by Airmen every day here, and it’s great to witness.” 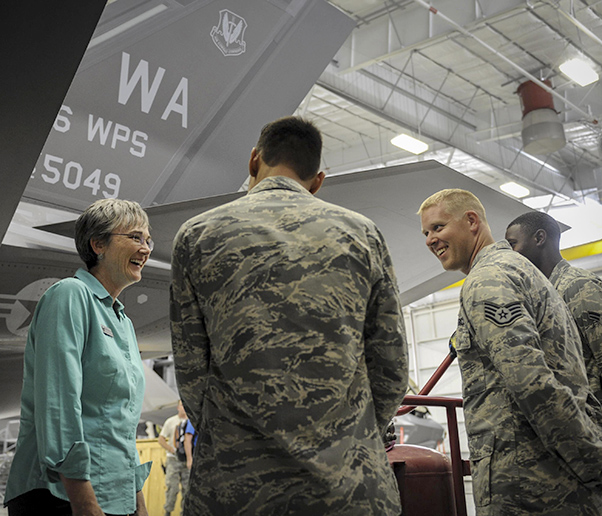 Heather Wilson, secretary of the Air Force, receives a tour of the F-35 Lighting II fighter jet inside the Lighting Aircraft Maintenance Unit hangar by 57th Maintenance Group Airmen on Nellis Air Force Base, Nev., July 18, 2017. During the tour Wilson reiterated the importance of readiness, modernization and innovation in order to remain the greatest Air Force in the world.

Wilson came to Nellis at the peak of its training exercises, giving her the opportunity to see how the Airmen and joint partners at Red Flag are training through innovation.

“Multi-domain command and control is one of the areas in which we need to innovate,” said Wilson. “It starts to come together here first. Those are the things that were most evident to me witnessing Red Flag, the complexity of it, integrating all kinds of air, space and cyber power in order to prevail in very difficult high-end fights.”

Training the warfighter in all aspects of air, space and cyber was just part of the experience of watching the exercise. Wilson also took time to talk about how fascinated she was by Airmen. 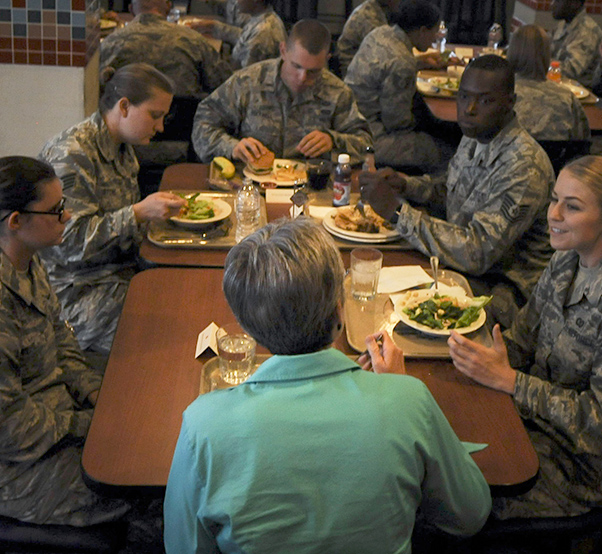 Secretary of the Air Force Heather Wilson shares a lunch with Airmen at the Crosswinds Dining Facility at Nellis Air Force Base, Nev., July 18, 2017. Wilson visited Nellis and Creech Air Force bases July 17 to 21 and learned more about their operational experiences.