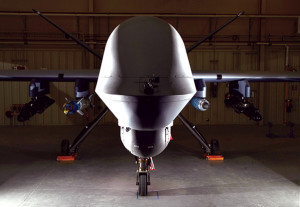 The new Block 5 MQ-9 Reaper is loaded with AGM-114 Hellfire missiles, a GBU-12 Paveway II laser-guided bomb and a GBU-38 Joint Direct Attack Munition April 13, 2017, at Creech Air Force Base, Nev. On June 23, 2017, the latest version of the MQ-9 Reaper, the Block 5 variant, was successfully flown in combat in support of Operation Inherent Resolve. The aircrew flew a sortie of over 16 hours with a full payload of weapons including GBU-38 Joint Direct Attack Munitions and AGM-114 Hellfire missiles. During the mission, the crew employed one GBU-38 and two Hellfires while providing hours of armed reconnaissance for supported ground forces. The Block 5 is equipped with improved electrical and communications systems which provides better software and hardware upgrades for future operations.

The 89th ATKS is a tenant unit at Ellsworth, and operationally falls under the command of the 432nd Operations Group at Creech AFB, Nev.

Activated as the 89th Aero Squadron on Aug. 19, 1917, at Kelly Field in Texas, it quickly shipped out to join American Expeditionary Forces overseas in World War I.

While stationed in France, it raised hangars, assembled aircraft and trained observers in the Zone of Advance, the initial military staging area for tactical employment.

Beginning in the summer of 1918, the 89th began to prepare for combat service as an observation unit. The declaration of Armistice Day that November ended the Great War and cut short these plans.

Redesignated the 89th Reconnaissance Squadron by the U.S. Army Air Corps in 1936, the unit returned to active service in early 1940.

The squadron began to transition from B-25 Mitchell to B-26 Marauder bombers in the first year of World War II. During this time, the 89th was one of the units to contribute aircraft and crews to form the select group of volunteers that carried out the well-known Doolittle Raid over Tokyo, Japan on April 18, 1942, under Lt. Col. James “Jimmy” Doolittle.

The Doolittle Raid was part of early World War II efforts to increase morale and display a show of force to Japan and the world which led to a reinvigorated sense of confidence and duty among U.S. troops. Aircrew members enabled this mission by developing innovative approaches to launching the B-25s from an aircraft carrier.

The 89th ATKS carries on these traditions of innovation into their current mission, today, by flying the MQ-9 Reaper, remotely piloted aircraft.

In addition, Air Combat Command selected the 89th to pioneer the new Block 5 MQ-9 in combat along with the newly upgraded Block 30 cockpit.

“The 89th had many opportunities to showcase the true potential of RPA airpower,” Michael said. “Like all of the RPA squadrons across the wing, each squadron is striving to evolve RPA tactics, enhance RPA knowledge and integration across the combat Air Force, and demonstrate the ability to complete the mission in ways that are unique to the MQ-1 and MQ-9s capabilities.”

According to Michael, making these combat effects possible has required dedication, innovation and selfless service of every Airman within the squadron.

Michael remembers as a child he was fascinated by aviation and looked up to the Doolittle Raiders. Now as the commander of the 89th, it’s a true honor for him to take charge of employing the newest Air Force MQ-9 combat capabilities.

“Nothing makes me more proud than seeing a positive story in an area of the world where I know the 89th has been providing Remotely Piloted Airpower in liberating a civilian populace,” he said. “This tells me that every inch of the spear, not just the tip, is working as planned. All of the squadrons who have provided the support functions and the training, enabled the 89th to execute its mission which has led to impacts on the battlefield that meet our nation’s strategic interests.”