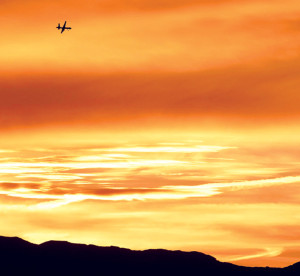 An MQ-9 Reaper flies a training mission Oct. 18, 2017, at Creech Air Force Base, Nev. MQ-9 and MQ-1 Predator aircrews helped liberate Raqqah, Syria, from the Islamic State of Iraq and Syria’s control in early October. ISIS used the city as its capital for terrorist operations since January 2014.

U.S. forces, coalition partners and Syrian Democratic Forces liberated Raqqah, Syria from the Islamic State of Iraq and Syria’s control in early October. ISIS used the city as its capital for terrorist operations since January 2014.

Combat remotely piloted aircraft such as the MQ-1 Predator and MQ-9 Reaper were heavily integrated during combat operations to liberate the city. RPA aircrews tirelessly flew more than 44,000 hours and employed approximately 20 percent of the coalition strike effort.

The final push to free Raqqa city and eliminate the ISIS strongholds started in June 2017. In less than five months the ground forces captured the city. During that time, combat RPA aircrews leveraged their persistence by giving a continuous bird’s-eye view of the battlefield while providing precision weapons strikes.

“Primarily we were doing things like close air support, tactical reconnaissance and overwatch of our allies as they fought to take back the city block by block,” said Lt. Col. Nicholas, a 432nd Wing squadron commander. “What our aircraft brought that was unique to the fight was persistence. We were over the city around the clock and that allowed us to have detailed knowledge of where the friendly forces were as they progressed.”

When the ground troops encountered ISIS fighters, MQ-1 and MQ-9 aircrews were able to guide weapons from another aircraft to the target, a tactic known as buddy lasing, or strike with their own precision munitions, oftentimes within close proximity to friendly forces.

“We were there to provide fire to break that contact [sustained by the friendly forces] and allow them to either advance or retreat to a safer location,” Nicholas said. “Many times we employed in danger-close situations within meters of friendly forces because it’s a confined city.”

According to Nicholas, this urban CAS environment is where the advantages of using MQ-1 and MQ-9 capabilities are more apparent as aircrews can maintain visual contact before, during and after strikes.

While operating in a dense urban environment is difficult according to the crews, they also overcame other challenges to get the job done.

“Raqqah was different in the sense that we were trying to enhance our operations and bring lessons learned from other fights to this one,” said Senior Airman Chandler, a 432nd Wing sensor operator. “It was very dynamic and there were many partners around, so there was a lot of airspace coordination. What really stuck out, however, was that ISIS was trying harder to blend in.”

As the SDF cleared structures in the city, combat RPA aircrews frequently witnessed civilians fleeing to Coalition and partner ground forces, who then escorted them away from the fighting.

“It wasn’t our aircrew just striking ISIS targets,” Nicholas said. “We also were safeguarding and watching over SDF as they cleared civilians moving out of the city to safe locations.”

It’s reasons like this why Chandler believes that combat RPAs made a real difference in this operation.

The city of Raqqah has been liberated, however, according to the Combined Joint Task Force OIR, there is still work to be done in parts of Iraq and Syria to fully eradicate ISIS forces from the battlefield.

“My favorite part of this job is that I’m able to help civilians be safe and I’m able to help liberate whatever city we need to and there’s no better feeling than knowing you can directly impact the battlefield and other people’s lives,” Chandler said. “It’s a huge responsibility, but it’s extremely rewarding.”

“There are families in the Middle East who are returning home free from ISIS control in part due to the 432nd Hunters,” said Col. Julian Cheater, 432nd Wing/432nd Air Expeditionary Wing commander. “I couldn’t be more proud of our Airmen. Day in and day out, they stand ready at our nation’s call and every day they continue to deliver justice.”