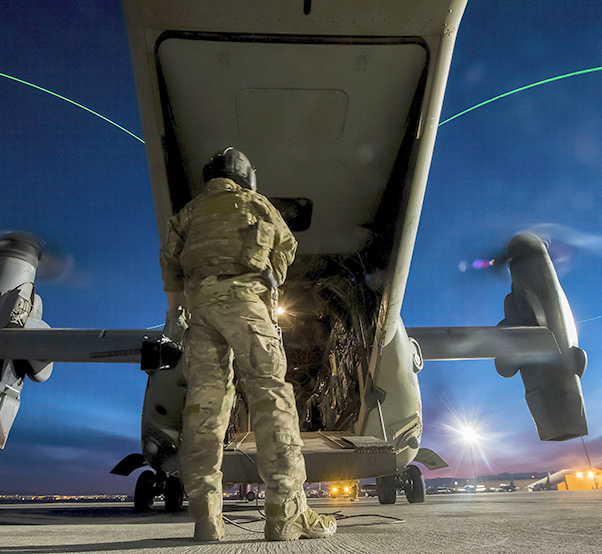 An Airman assigned to the 14th Weapons Squadron at Hurlburt Field, Fla., stands outside of a CV-22 Osprey helicopter before a night mission for the United States Air Force Weapons School advanced integration at Nellis Air Force Base, Nev., Dec. 10, 2017. The CV-22 Osprey is a tiltrotor aircraft that possesses the vertical takeoff, hover and vertical landing qualities of a helicopter to conduct long-range infiltration, exfiltration and resupply missions for special operations forces.

WSINT is a series of capstone exercises that requires the students to plan and execute large-scale air, space and cyber-space operations.

“We wanted to enable integration of joint forces in order to execute the recovery of U.S. citizens held by enemy forces in a high-threat environment,” said Lt. Col. Patrick Dierig, 14th Weapons Squadron commander. “A unique aspect of Coyote Freedom was not only the need for students to rescue these hostages, but also to plan for de-escalation in the operating area due to third-party nations also operating in the same space.”

If hostage rescue, asset recovery and air mobility support didn’t already seem like a handful, the operation also took place under the cover of darkness. 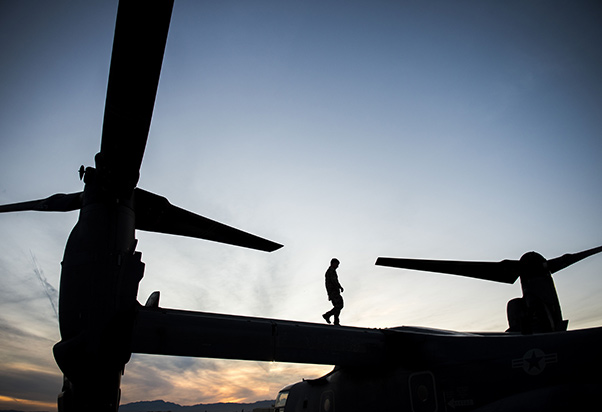 An Airman assigned to the 14th Weapons Squadron at Hurlburt Field, Fla., walks on a CV-22 Osprey helicopter prior to a training mission for the United States Air Force Weapons School (USAFWS) at Nellis Air Force Base, Nev., Dec. 10, 2017. At the conclusion of nearly 400 hours of graduate-level academics and combat training missions, the USAFWS course climaxes with a weeklong exercise, known as Weapons School Integration.

“Operating at night is challenging and has inherent risks like maintaining safe altitudes in mountainous terrain and simply just flying in busy airspace with little to no light,” said Dierig. “Safety is always our first priority, and we mitigate the risks with detailed planning, but the major benefit is realistic training. Special operations forces (SOF) prefer to operate at night for the tactical advantage of executing the mission with speed and surprise before the enemy knows what hit them.”

Exposure to large-scale joint force exercises gives the students an opportunity to perform in a controlled environment. 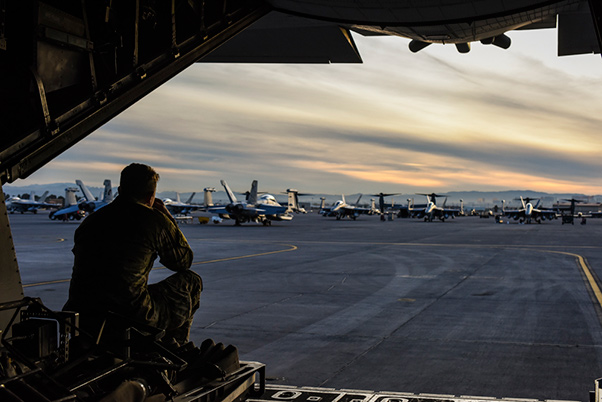 An Air Commando, assigned to the 1st Special Operations Logistic Readiness Squadron, Hurlburt Field, Fla., sits on the ramp of an MC-130H Combat Talon II, assigned to the 14th Weapons Squadron, prior to Coyote Freedom 401, Dec. 12, 2017, at Nellis AFB, Nev. Coyote Freedom 401 is one of the USAF Weapons School’s advanced Special Operations exercise involving dozens of squadrons and aircraft from around the Air Force.

“As U.S. Special Operations Command assets, it is important for the 14th WPS students to understand and rehearse the precise, detailed planning required to design and execute an air mission supporting a hostage rescue,” said Dierig. “Although the fifth SOF Truth states, ‘Most SOF missions require support from non-SOF units,’ I would argue that all SOF missions require non-SOF support; therefore, it is important that all weapons school students are exposed to the training before they answer the call for a real-world, no-fail, rescue mission.”

“WSINT is by far the most robust training our students receive during the course,” said Dierig. “Nowhere else will you find 30-40 aircraft from dozens of joint units supporting a single training mission. The advanced integration also enables our students to speak directly to subject matter experts about capabilities that will ultimately reduce risk and maximize mission success.”

At the end of the day, the weapons school is a leadership course so our goal is to utilize tactics as a way to teach leadership and critical thinking. 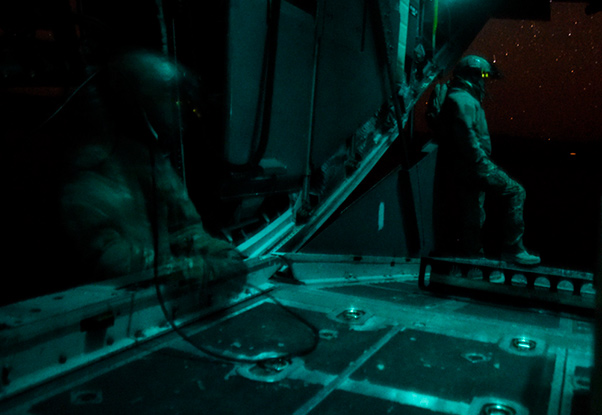 Loadmasters, assigned to the 1st Special Operations Wing, Hurlburt Field, Fla., stand on the ramp of an MC-130H Combat Talon II, assigned to the 14th Weapons Squadron, during Coyote Freedom 401, Dec. 12, 2017, at the Nevada Test and Training Range. The team landed on the NTTR and established a forward arming and refueling point under the cover of darkness. 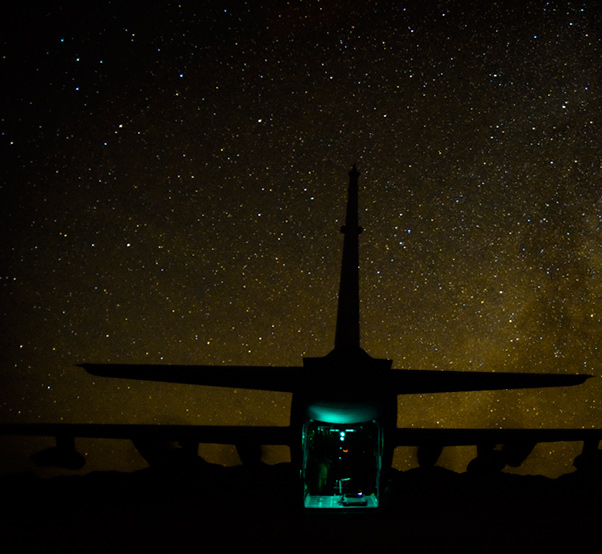 Air Commandos assigned to the 1st Special Operations Squadron Logistic Readiness Squadron, Hurlburt Field, Fla., board an MC-130H Combat Talon II, assigned to the 14th Weapons Squadron, after establishing a forward arming and refueling point during Coyote Freedom 401, Dec. 12, 2017, at the Nevada Test and Training Range. The MC-130H is a variant of the C-130 Hercules with added in-flight refueling capabilities and improved navigation computers that allow it to land or airdrop on small, unmarked runways with pinpoint accuracy.