This year commemorates the 21st year of government to government partnership with 17 tribes with ancestral ties with Nellis AFB, Creech AFB and the Nevada Test and Training Range.

Representatives from tribes throughout Arizona, Utah, California and Nevada attended the meeting to discuss concerns and to pay tribute to the Native American culture in the southwest United States.

“The meetings are important for many reasons including success of the (Air Force’s) mission since there are traditional Native American lands we are using,” said Kish LaPierre 99th CES cultural resource manager and event organizer. “We are also complying with various laws including 36CFR 800 under the National Historic Preservation Act (NHPA) as well as American Indian Religious Freedoms Act (AIRFA).”

The land utilized by the Department of Defense belonged to the Native Americans long before Nellis was established. Many sites remain sacred and are historic to the members and descendants of the tribes who had inhabited the area at one point.

The Nellis tribal meeting was developed to preserve those areas and to facilitate positive relations between the U. S. government and Native American community. 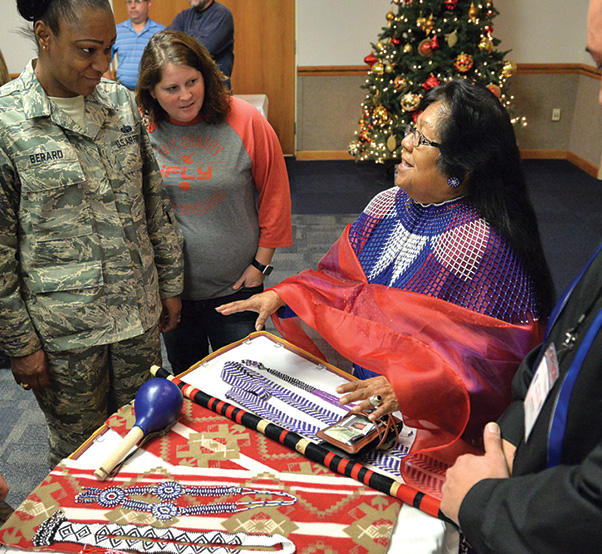 Anita Holmes, of the Fort Mojave Indian Tribe, proudly explains her culture to Master Sgt. La Nette Berard, Airman 1st Class Talia Wilson and Airman 1st Class Selena Gore, 99th Communications Squadron, during the Native American Heritage Month ceremony at Nellis Air Force Base, Nev., Nov. 28, 2017. The Mojave Indians are known as the People of the River, their culture traces the earthly origins of its people to the Newberry Mountains, located northwest of the present reservation inside the Lake Mead National Recreation Area.

“One of the things that’s important for us with our ties with Nellis Air Force Base, the Nevada Test and Training Range and the entire region is our cultural landscape,” said Richard Arnold, member of the Pahrump Paiute Tribe in Southern Nevada. “Some people might think if you look out there it’s desolate and nothing is out there but tumble weeds and sage brush.

“To us you’re looking at our pharmacies, churches, stores and schools. Everything we need to survive is out there on those lands and often people tend to disregard that.”

The DOD is committed to the Native American program.

According to Arnold, the tribes are involved and integrated with the program on all levels. They understand the mission and why the Air Force is here. And the tribes understand they have a responsibility to protect the natural resources out there for cultural reasons. 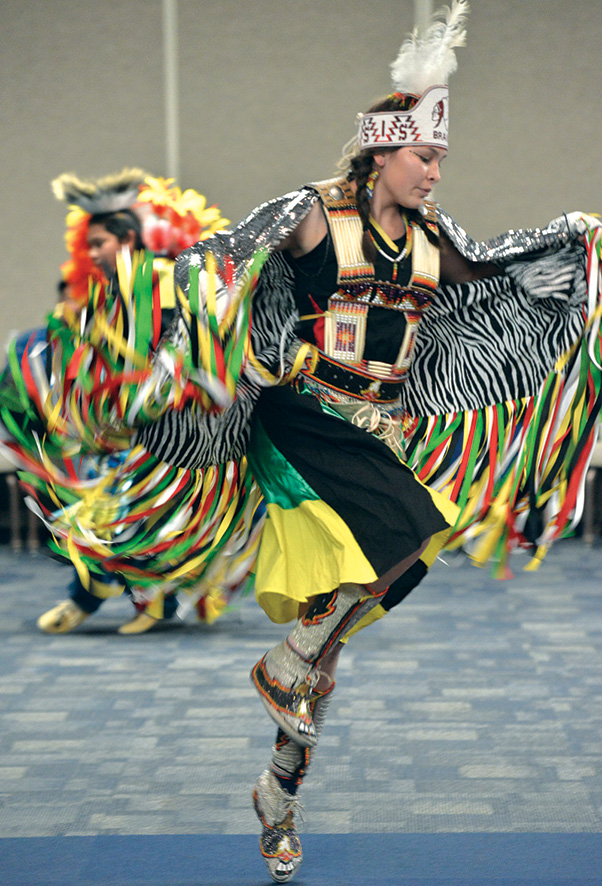 Nellis and the NTTR are committed to getting the tribes participation in field work and supporting the Air Force mission and hopefully to have their interest, continued support, and participation in the Legislative Environmental Impact Statement for the Land Renewal. 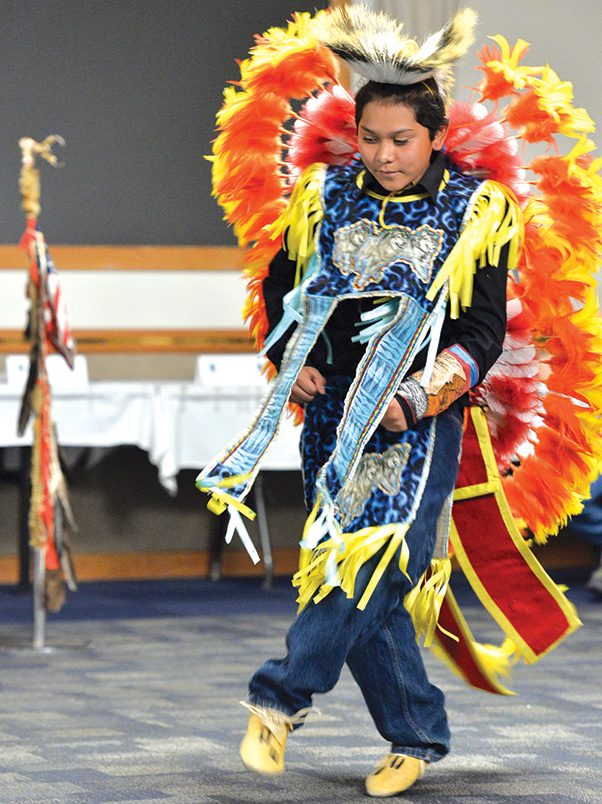 A Duckwater Shoshone Indian performs a native dance during the Native American Heritage Month ceremony at Nellis Air Force Base, Nev., Nov. 28, 2017. The Duckwater Shoshone Tribe is a federally recognized tribe of the Western Shoshone, their reservation is based in central Nevada in the high desert Railroad Valley in Nye County. 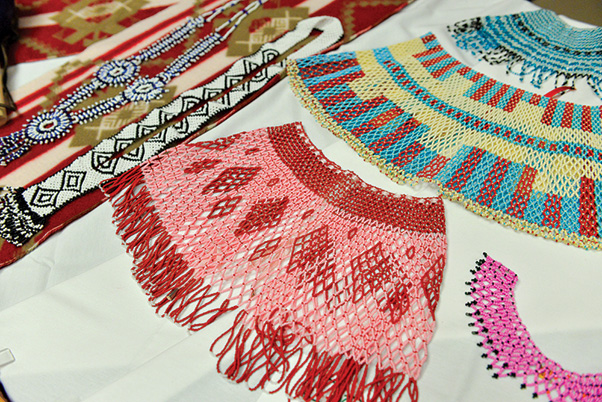 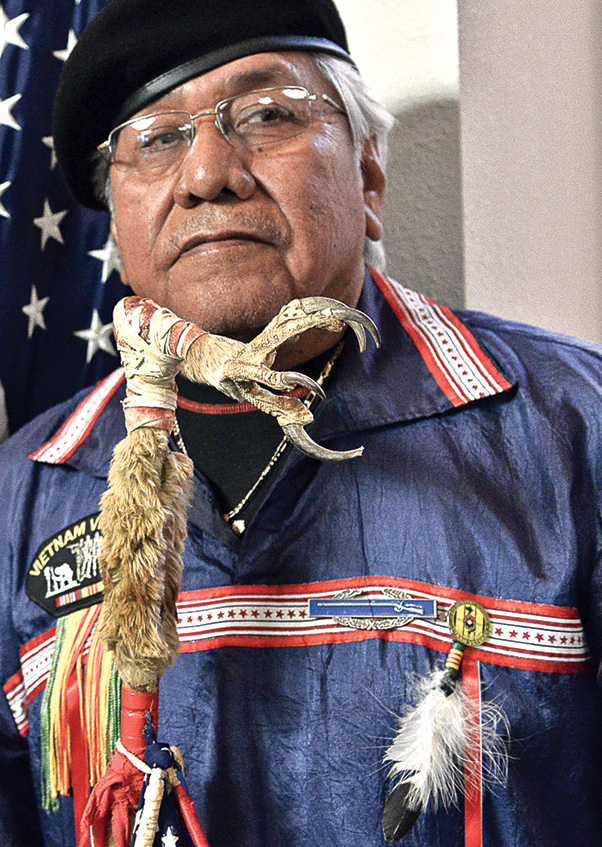 Dalton Tom, of Southern Paiute Indian Tribe, waits to present the colors during the Native American Heritage Month opening ceremony at Nellis Air Force Base, Nev., Nov. 28, 2017. The Northern and Southern Paiute Indians have migrated seasonally throughout the Arizona, Nevada and Utah arid lands for thousands of years. 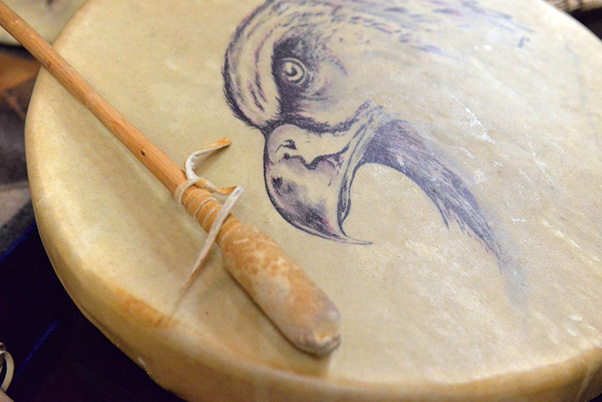 An Owens Valley Tribe musical drum on display during the annual Native America Tribal meeting held at Nellis Air Force Base, Nev., Nov. 28, 2017. Native American drums are the oldest and most important instrument to the native culture.