Harrigian met with the 432nd WG/432nd AEW and 799th Air Base Group Airmen who deliver 24/7/365 persistent attack and reconnaissance among the most requested downrange assets against our nation’s enemies.

“As we’ve taken the fight to ISIS, the RPA community as a whole has been instrumental to the defeat of [ISIS and] in the many of the towns we helped our partners liberate over the course of last year,” Harrigian said.  “Importantly, the persistent reconnaissance and the ability to seamlessly transition to strike, whereby they’ve delivered 2,900 weapons, has been a fundamental piece of the liberation and quite frankly, the success that we’ve had against ISIS.” 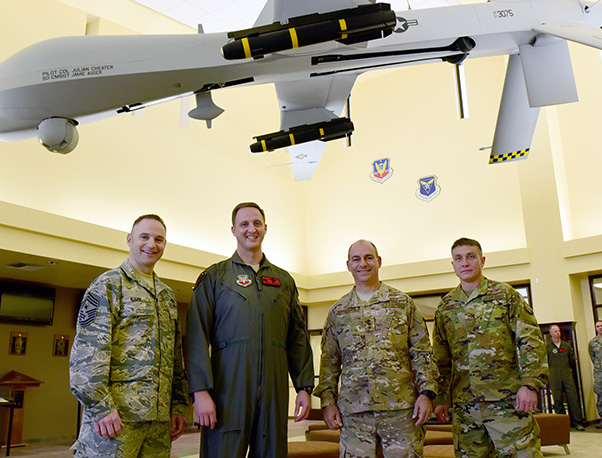 “Urban environments required that we consistently stare at and maintain custody of targets, while at the same time providing the opportunity to strike the enemy when they presented themselves, all while ensuring we didn’t destroy the infrastructure,” he said. “The RPAs demonstrated in Mosul, Iraq, and Raqqah, Syria, a tremendous capability to be able to do both of those things; target the enemy and minimalize collateral damage.”

Harrigian stressed how RPA combat support was vital to helping a Coalition of 70 nations free more than 7.7 million people from oppression and liberate more than 41,000 square miles from ISIS control.

Constant combat operations allow the community to have these effects on the frontline as more than 216,000 flight hours were flown in 2017. 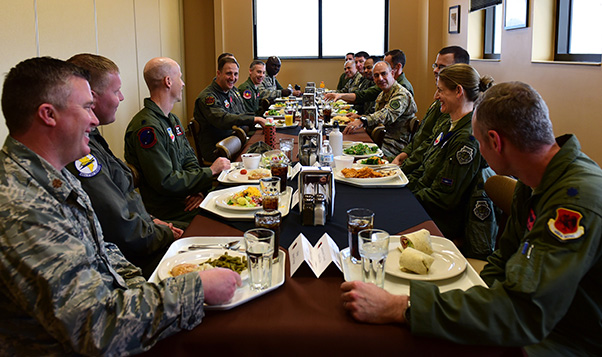 “I have been incredibly impressed by the men and women here in the 432nd,” Harrigian said. “From their professionalism and disciplined execution, they demonstrate around the clock what this community brings to the fight. I am humbled to be a part of the team that has proven, day in and day out, they can deliver. That delivery has resulted in success on the battlefield and led to the destruction of ISIS, which allowed us to achieve all that’s been accomplished here in 2017.”

Harrigian, a former MQ-1 Predator pilot, challenged the RPA community to continue to supporting the Iraqi Security Forces and Syrian Democratic Forces as they strive to eliminate ideology-based terrorism and enable stability in the region and around the world. 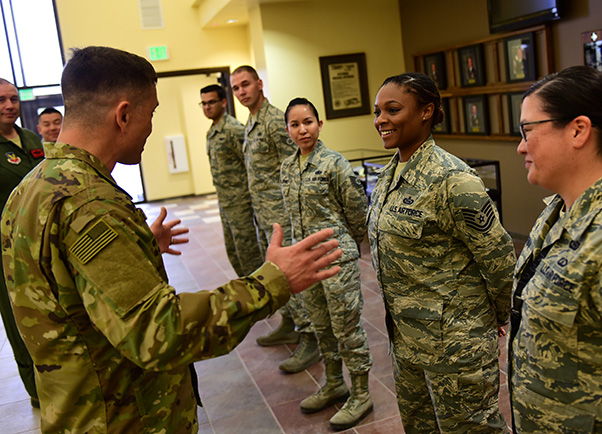