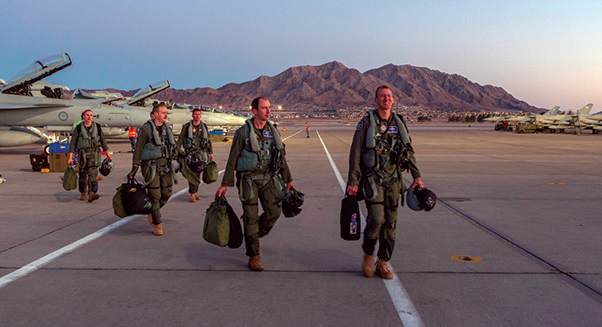 Aircrew from the Royal Australian Air Force’s Number 6 Squadron walk across the flightline at Nellis Air Force Base, Nev., after transitting from Australia for Exercise Red Flag 18-1.

“Red Flag 18-1 allowed us to test our high-end missions as well as build trust and friendships that allows us to be far more effective far more quickly,” said Alsop. “We use this training as a culmination of offensive roles, defensive roles and everything down to niche capabilities like personnel recovery.”

One RAAF unit that received unmatched training opportunities was the Control and Reporting Center staff, which included air surveillance operators, air combat officers, and intelligence specialists who control and separate the Red Flag aircraft as well as ensure safe and expeditious flow of the exercise aircraft in and out of the Nevada Test and Training Range, said Wing Commander Brett Risstrom, 114th Mobile Control and Reporting Unit commanding officer. 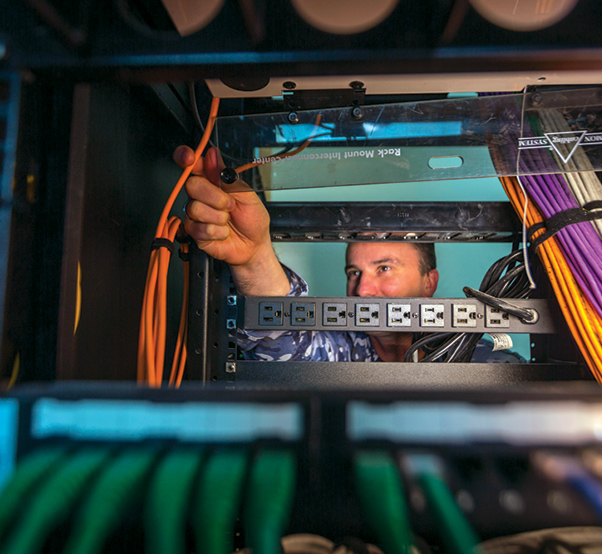 In addition to the CRC getting in-depth training from Red Flag 18-1, all RAAF units benefited from the realistic combat scenarios during the exercise.

“We gain so much as an organization in terms of how we train and also how we operate as a deployed force in a multinational environment,” said Alsop. “This includes a range of air power roles for our Air Force personnel, from Air Superiority and Strike; Intelligence, Surveillance and Reconnaissance to Electronic Warfare. It provides a comprehensive training environment for aircrew, maintenance and support personnel alike.”

Among the RAAF fleet was an E-7A Wedgetail airborne early warning and control aircraft, EA-18G Growlers and an AP-3C Orion. 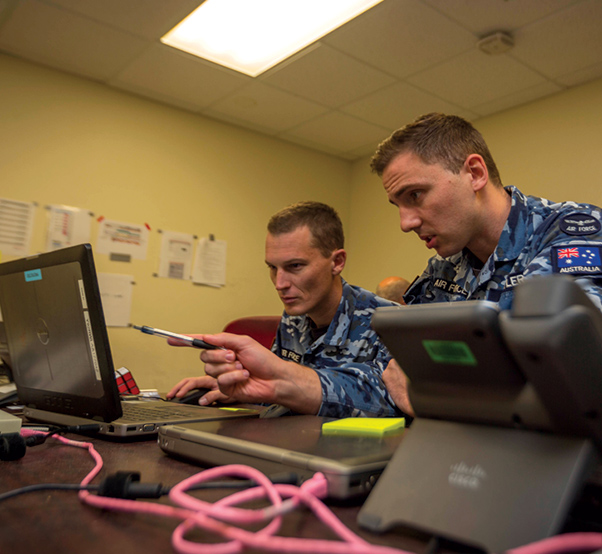 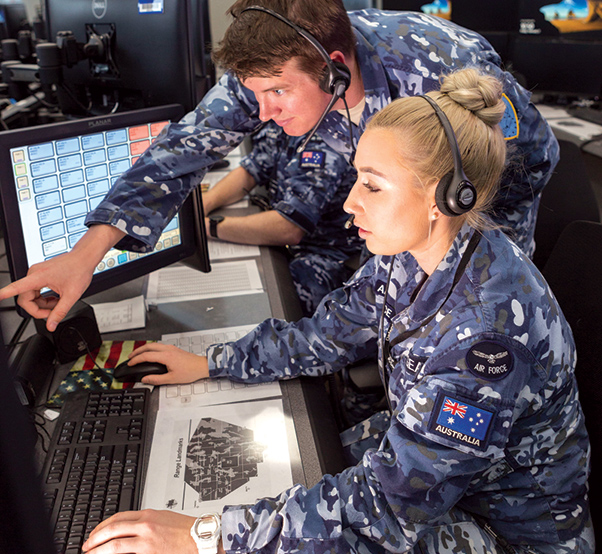