The primary mission of the 57th Wing is to foster innovative professionals leading advanced, realistic, multi-domain training focused on winning the high-end fight.

Leavitt, who is leaving to become the Air Force Recruiting Service commander, was presented the Legion of Merit for the outstanding leadership she provided during her two years with the wing.

During her closing remarks to the wing, Leavitt expressed gratitude for the men and women who served with her while at Nellis. 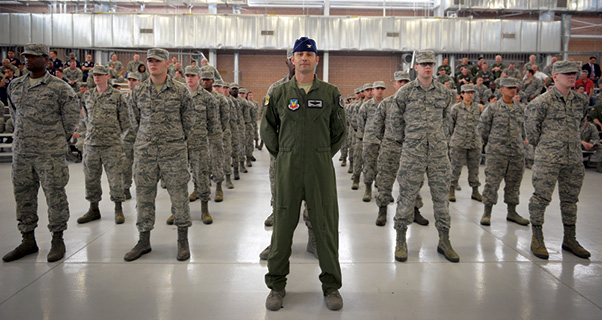 Col. Erick Gilbert, 57th Wing vice commander, stands with the formation during the 57th Wing change of command ceremony at Nellis Air Force Base, Nev., June 8, 2018. The 57th WG is the most diverse flying wing in the Air Force.

“It has been my absolute honor and privilege to serve with you as your commander these past two years,” said Leavitt. “Each one of us, uniformed or civilian, have our own reasons for why we joined the Air Force. I would like to thank you and your family for your decision to serve. You have chosen a noble profession to protect our citizens’ rights to life, liberty and the pursuit of happiness.”

Leavitt passed the guidon to Novotny after members of the 57th Wing gave her their final salute.

Novotny commissioned in 1992 upon graduating from the U.S. Air Force Academy in Colorado Springs, Colo. He earned his wings at Laughlin AFB, Texas, and has since completed five operational F-15 assignments with extensive test and combat experience. Prior to arriving at Nellis, Novotny served as the deputy director of the Plans, Programs and Requirements Office at Headquarters Air Combat Command at Joint Base Langley-Eustis, Va.

“What a wonderful honor to be back at Nellis and be given the immense opportunity to command this legendary organization,” said Novotny during his first address to the 57th Wing. “I love everything about this base and this wing. I first saw the Thunderbirds at Homestead Air Force Base in Miami, Fla., in the late 1970s and determined I needed to be a fighter pilot. My entire professional life in the Air Force has revolved around Nellis and the trials and triumphs I experienced through the incredible team of Airmen at the 57th Wing.” 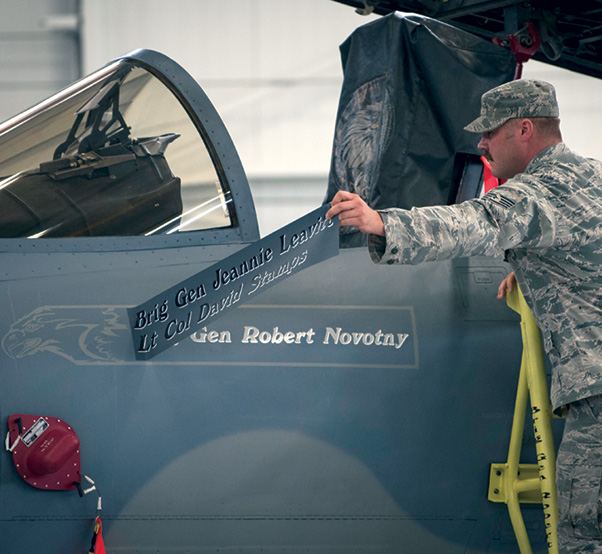 Novotny concluded the ceremony with admiration and notable expectations for the 57th Wing.

“The 57th Wing is the Air Force’s signature wing — it is the whetstone upon which we sharpen our warriors before sending them forward to crush the enemy,” said Novotny. “We will answer our nation’s call with our rally cry and my guidance to commanders, ‘building better warfighters today to guarantee victory tomorrow.’ To be back in Las Vegas, with this team of dedicated professionals is a blessing.” 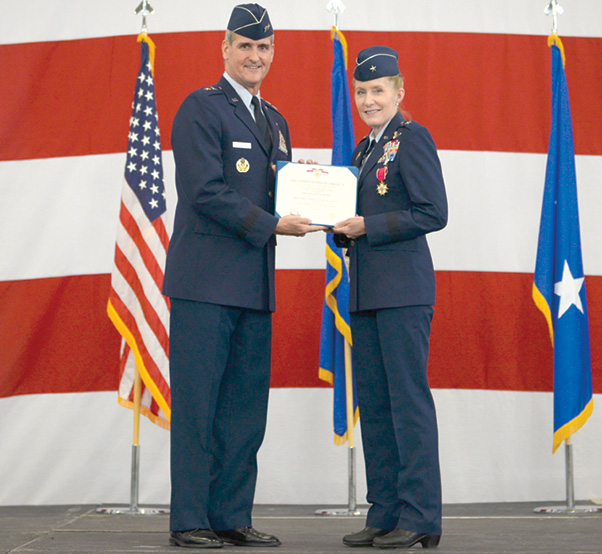 Around the Air Force: Nov. 1