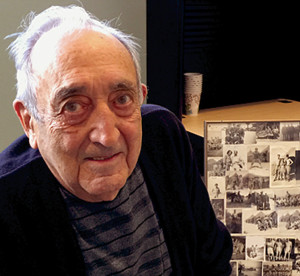 June 6, 2018 marked the 74th anniversary of D-Day — the largest amphibious invasion in history.

Supported by aerial and naval bombardment as well as an airborne assault, more than 24,000 American, British and Canadian forces landed on five beaches spanning a 50-mile stretch of the Normandy coastline in France on June 6, 1944. The invasion began the liberation of northwestern Europe from German control and significantly contributed to the Allied victory on the Western Front. Allied casualties were at least 10,000, with 4,414 confirmed dead.

This war left many injuries, some not physically seen. One of the main unseen injuries from this war is known as post-traumatic stress disorder. PTSD, or “Shell Shock” as it was known, went undiagnosed for several years after World War II. Today the VASNHS personally serves some of these 80,000 plus who served our nation so honorably that day and in the months and years after.

A special group of World War II and Korean War veterans meet each week in the mental health clinic to deal with PTSD. This group, known as the Senior PTSD Support Group, is led by psychologists and assists veterans suffering from PTSD with mental health and recovery therapy options.

“These veterans have served their country valiantly and the least we can do is to help them with their mental, physical and emotional needs” said Megan Adams, PTSD Social Worker at VA Southern Nevada Healthcare System.

Onofrio “Ono” Zicari, 5th Amphibious Brigade, a private in the Army, spent a frightful day 74 years ago on June 6, 1944, on Omaha Beach off the coast of Normandy. Under heavy fire from the German fortified bunkers of Omaha Beach, Ono made it to the hedgerows.

Ono was injured in the knee and shoulder that day, afraid, but not scared to die. Ono lost a friend and others in his unit that day, but he and others reached the “Red Easy” beach after enduring neck-high water and a German pill box with five hours of machine-gun fire.

Ono spends his Friday mornings at the VA Senior Post-Traumatic Stress Disorder Support Class in the Behavioral Health Clinic with other veterans from World War II and Korea. He shares his story in order to let others know that the VA has help for Veterans with PTSD from traumatic war events. Speak with a provider about mental health options, go to the Behavioral Health Clinic, go to a Vet Center or call the Veterans Crisis Line at 1-800-273-8255 and Press 1 for help with PTSD. Or visit the Veterans Crisis Line website at www.veteranscirisline.net.