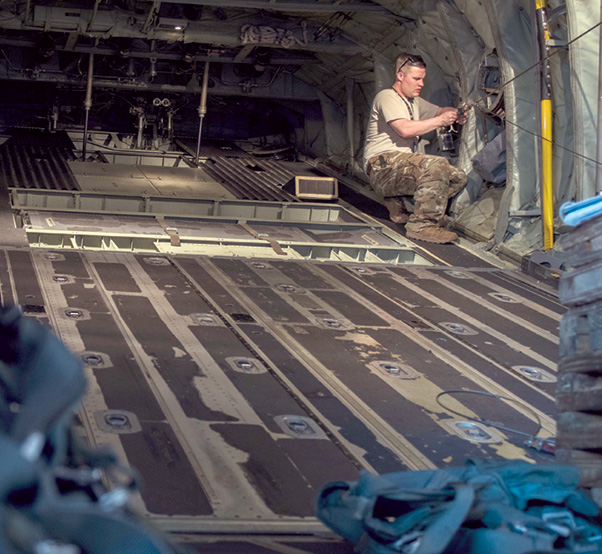 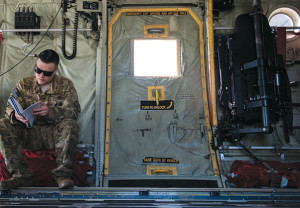 The inaugural iteration of the Loadmaster Advanced Instructor Course (AIC) for the C-130J Super Hercules participated in the U.S. Air Force Weapons School Advanced Integration from May 21 to June 13.

AIC adds another level of professional development for Airmen and develops exceptional leaders for the future of the career field.

“Our vision for this course is to take the baseline of what our community knowledge is and increase it,” said Tech. Sgt. Richard Hauf, a loadmaster assigned to the 29th Weapons Squadron at Little Rock Air Force Base, Arkansas. “At the moment, we have an instructor school, and that’s all. Senior airmen can hit instructor school early in their career and other than that there is no progression to make Airmen more advanced.”

The main focus of the two-week instructor course is used to train Airmen in instructing at the technical school level, where some of the students have never flown in an aircraft. The four month AIC will take that baseline of knowledge and build beyond it, said Hauf.

“We’re sprinkling a lot of higher level tactics and capabilities of the planes, including the ‘whys’ and the ‘hows’ in an attempt to get loadmasters more involved in the mission planning process,” said Hauf.

To attend the AIC Airmen are nominated through their respective squadrons and approved by their wing commander. After being nominated at the wing level, their package is submitted to a selection board consisting of the major command career field functional managers throughout the Air Force, they convene either in person or by teleconference to board and select who will attend the course. 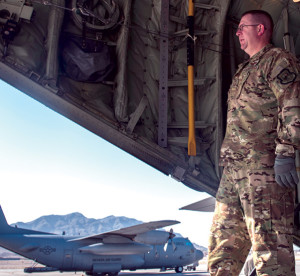 “People look at the Weapons School and only see it as a tactics course, which it is, but it’s also a leadership course, and that’s what we are pushing on the loadmaster side,” said Hauf. “Airmen are going to learn a lot, but also get in front of people and brief in order to cultivate that leadership and advance the community.”

The 14 week course is rigorous. “It is designed to force loadmasters out of their day to day duties on the airplane, and have them interact in ways they never have with other crewmembers not only on their respective airframe, but from other airframes as well,” said Senior Master Sgt. Kenneth Hartsell, 29th WPS superintendent. “It challenges them mentally with academics, mission planning, research projects and other academic areas. It also challenges their individual leadership as they control or run a planning cell with four or five other individuals.”

In the future, the AIC will expand the opportunities to the loadmaster community across all major commands with six members per class, including Airmen from Ramstein Air Base. Germany, Little Rock AFB, Ark., Dyess AFB, Texas, and also Reserve and Guard units who have already shown interest in the course.