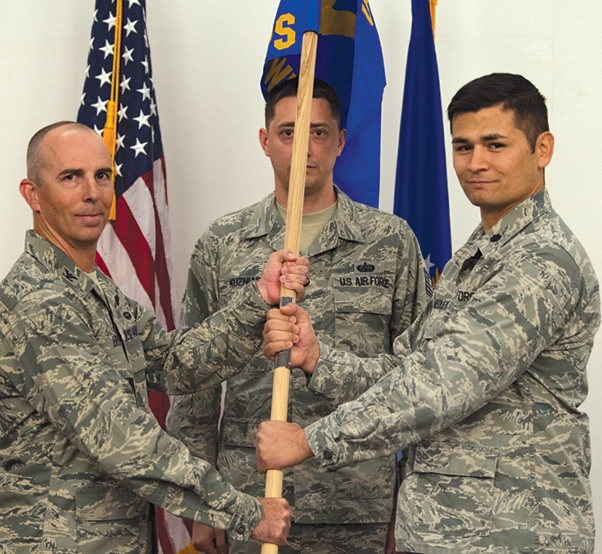 The 32nd WPS will serve as the U.S. Air Force Weapons School’s Cyber Warfare Operations Weapons Instructor Course, whose primary function will be to provide graduate-level training to officers in the planning and execution of offensive and defensive cyber warfare operations.

“With the move of 24th Air Force to Air Combat Command, there’s now a push for Cyber and Intelligence Operations to be more closely integrated, rather than Cyber and Space,” said Lt. Col. Douglas Medley, 32nd WPS commander. “We’ve seen how the other services have done it and we seem to be following suit.”

Medley was part of the CWO WIC initial cadre, graduate of the USAFWS class 12A, and is now taking command of the 32nd WPS.

The CWO WIC has graduated more than 64 students in the last seven years and the 32nd WPS is in a unique position to lead the way in cyber warfare operations.

“Cyber operations for the Air Force is changing rapidly,” said Maj. Sean Williams, 32nd WPS director of operations. “Right now they’re looking at getting more tactical and technical skills in offensive and defensive cyber warfare operations which means that our course would have to adjust to account for those changes.” 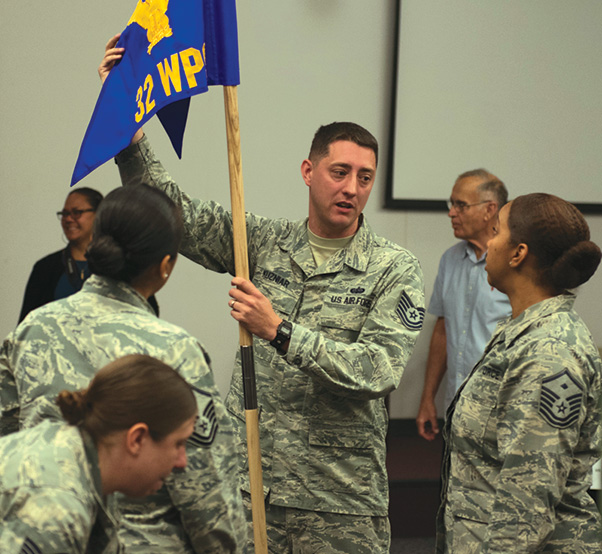 The CWO WIC supports developing leaders and cyber warriors for the Air Force and Department of Defense’s cyber mission force.

“When we first stood up as a WIC, the focus was for our weapons officers to be domain experts,” said Medley. “We’ve seen that need fade and now the desire is to create more technically proficient graduates.”

“In the latest syllabus rewrite, we set it up so there’s much more hands on and technical skills training,” said Williams. “The syllabus transitioned from planning to execution. Where we used to do a lot of planning, now we are focusing on a lot of the execution of missions.”

When the syllabus was first created, the cyber-only portion contained nine missions, during which students were not the hands-on operators. In the next syllabus revision, twelve of the sixteen missions are hands-on. It’s updated so frequently because the domain and how the AF operates in it is rapidly changing, said Williams. One major change in the larger AF is the contracting out of Air Force Information Technology and Infrastructure operations.

When the information technology operations are contracted out, it will allow our graduates to better focus on offensive and defensive cyber warfare operations, and perhaps eventually to the point of needed WICs for each, said Medley.

“The overall objective is to provide the best training that’s in sync with, or just ahead of the changes occurring in the larger joint cyber community,” said Medley.

Members assigned to the 32nd Weapons Squadron gather around a table after an assumption of command ceremony at Nellis Air Force Base, Nev., June 28, 2018. The 32nd WPS is the newest squadron in the U.S. Air Force Weapons School.

489th ATKS; Jack of All Trades, Masters of LRE

Leaders at Nellis Air Force Base receive COVID-19 vaccinations as a...