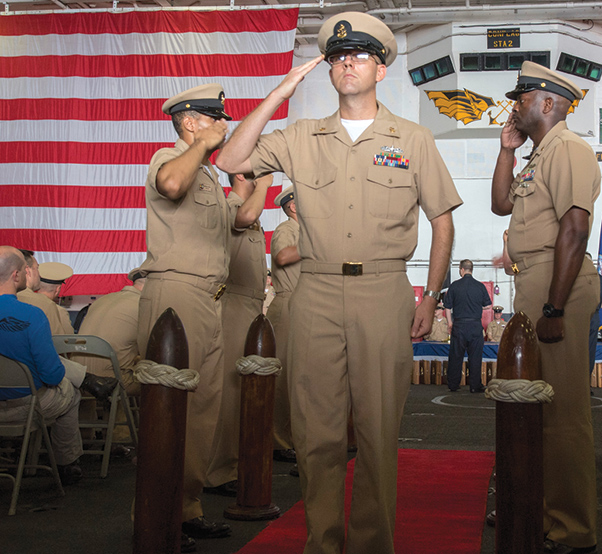 PHILIPPINE SEA — Chief Boatswain’s Mate Juan Vigil, from Las Vegas, passes through the sideboys during a chief pinning ceremony in the hangar bay of the aircraft carrier USS Ronald Reagan (CVN 76). The ceremony is part of a long-standing tradition that honors and recognizes the years of hard work, service, and leadership of dedicated Sailors in the Navy. Ronald Reagan is forward-deployed to the U.S. 7th Fleet area of operations in support of security and stability in the Indo-Pacific region.