The 99th Medical Group kicked off their 2018-2019 Influenza Campaign by administering influenza vaccinations to approximately 50 Airmen Oct. 11, 2018, at the 99th Air Base Wing command section on Nellis Air Force Base, Nev.

The official start of the campaign begins with mass flu lines Oct. 17-18. Airmen assigned to the 99th MDG will be at the Community Commons on base administering vaccines to nearly 3,500 Airmen.

To expedite the process, squadrons will be assigned to pre-determined time slots for their Airmen to get vaccinated.

“We will not turn away any Airman who was unable to receive their vaccination during their unit’s established time slot,” said Staff Sgt. Heather Forester, 99th MDG NCO in charge of Allergy and Immunizations Clinic. 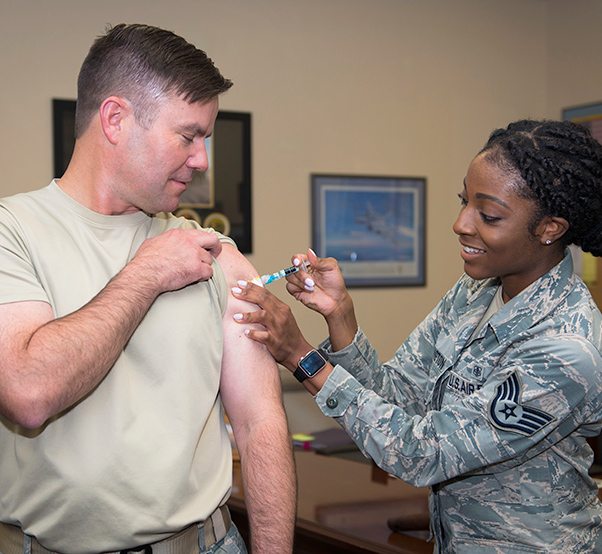 Airmen unable to attend the mass flu line can receive their vaccination by visiting the Immunizations Clinic or the Fast-Track Line in the Atrium, both located at the Mike O’Callaghan Military Medical Center on base.

Forester says recent influenza strains have proved fatal to high-risk patients — children under the age of five and adults over the age of 65 — and vaccinations are a critical care opportunity which can protect Airmen, their families and the community from illnesses.

All TRICARE beneficiaries six months and older will be able to get their flu vaccines starting Oct. 19 at the Immunizations Clinic.

Forester advises Airmen who contract the flu to drink plenty of water and make an effort to be seen at the Emergency Room on base or schedule an appointment with their primary care manager.

For further questions and information regarding the flu or vaccination, contact the 99th MDG at 702-653-2470. 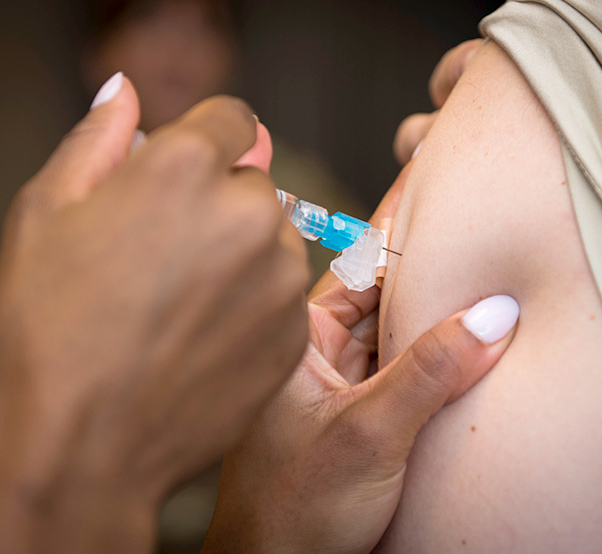 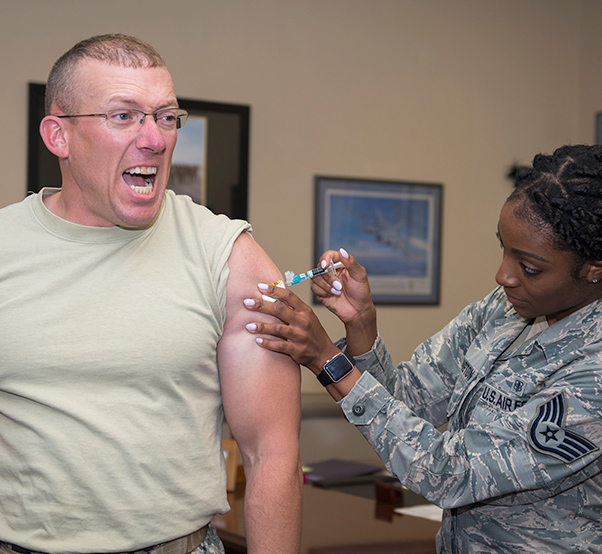