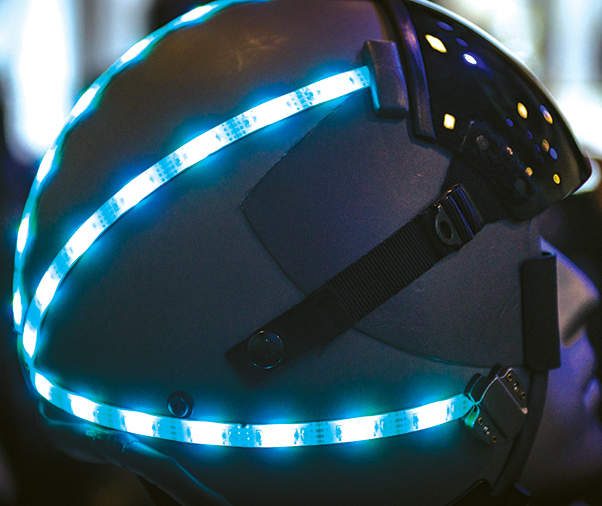 A helmet sits turned on at a booth during AFWERX Helmet Challenge at the Enclave Las Vegas, Nev., Nov. 14, 2018. The purpose of AFWERX Las Vegas is to solve problems for the Air Force by getting entrepreneurs and innovators to come together to brain storm ideas.

A new AFWERX helmet challenge brought civilian innovators from around the world together with new groundbreaking ideas at the Enclave Las Vegas, Nev., Nov. 14, 2018.

Thirty-two companies were selected to present at the showcase event, demonstrating components or technologies that could improve the Fixed Wing Helmet for better aircrew performance, well-being and satisfaction.

The U.S. Air Force has allotted up to $20 million to develop a prototype for a new Fixed Wing helmet, which is used by most fighter jet pilots. The entire helmet project is a $400 million Air Force Life Cycle Management Center program requirement. 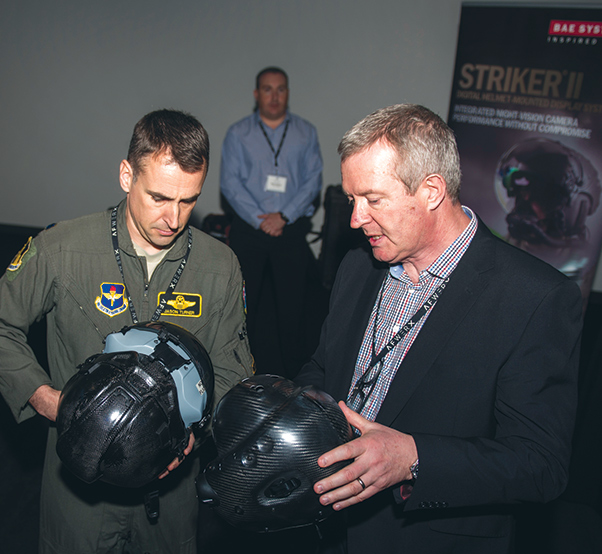 An Airman and an attendee of the AFWERX Helmet Challenge discuss new helmets at the Enclave Las Vegas, Nev., Nov. 14, 2018. The final goal of the challenge is to enhance aircrew performance, aircrew safety and aircrew satisfaction.

Innovators came together to overcome current difficulties such as weight and heat issues, stability with interfaces, thermal management and lack of customizable fit.

“One thing AFWERX Vegas does for the Air Force is to organize challenges,” said Mark Rowland, AFWERX Las Vegas Innovation Actualizer. “The challenge is to expedite the way industries reach out to find solutions for the war-fighter needs.”

The challenge stemmed from the AFLCMC search for a solution to the current helmet which has been used since the mid-1970s, according to Rowland.

“We are only as strong as our network so we rely heavily on innovators, entrepreneurs, small businesses and Airmen to come to us with solutions,” said Mark.

After the showcase, 16 of the 32 teams were invited to AFWERX Vegas to further explore their technologies. Eight companies will now move on to the next phase of developing a prototype of a full helmet system or component part solutions. The prototyping deadline is May 15, 2019. 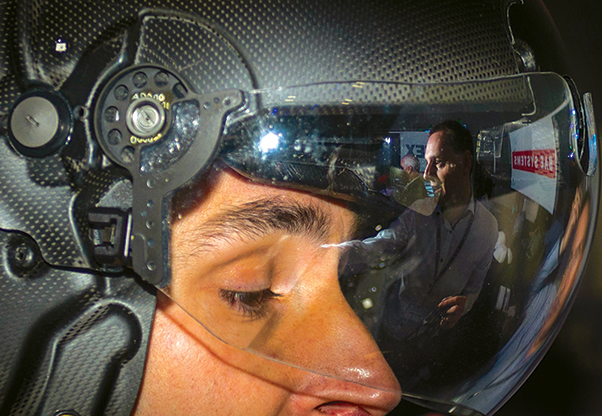 An Airman tries on a prototype for a helmet concept in the AFWERX Helmet Challenge at the Enclave Las Vegas, Nev., Nov. 14, 2018. Thirty-seven companies from North America, Europe and Australia attended the challenge for the chance to be selected for a $20 million government contract.