Nellis, Creech and the Nevada Test and Training Range have historical and cultural value for the tribes; therefore, this meeting was an opportunity to continue the discussion of how to strike a balance between the needs of the Air Force and the preservation of the lands in which it operates.

“We have had an outstanding relationship for the past 22 years with the 17 Native American tribes around the base and the range,” said Col. Cavan K. Craddock, 99th Air Base Wing commander. “It’s an outstanding opportunity for us to get together to work as partners to come up with joint solutions to be better caretakers of the land.” 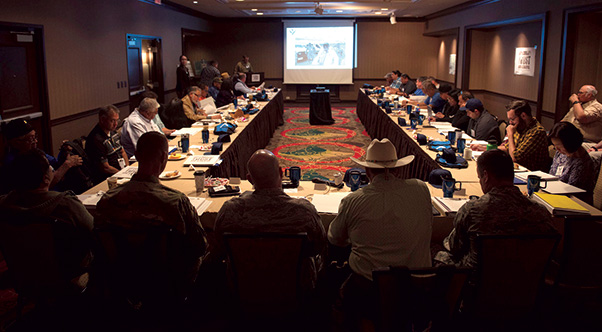 Native American tribal members, Nellis Air Force Base leadership and base personnel met for a semi-annual meeting at the Golden Nugget in Las Vegas, Nov. 28, 2018. Seventeen tribes located around Nellis, Creech and the Nevada Test and Training Range attended the three-day event.

The discussion ensured tribal members had the latest information and status of the Final Legislative Environmental Impact Statement for the NTTR Land Withdrawal, published Oct. 26. The Air Force has been proactive in engaging and meeting with tribal partners to understand their concerns about the lands within the NTTR. Likewise, tribal members have provided valuable input to cultural surveys and generating tribal perspectives through ethnographic studies.

“We work very closely with the Air Force, and the Air Force equally does the same with the tribes,” said Arnold, Nellis AFB Native American program coordinator. 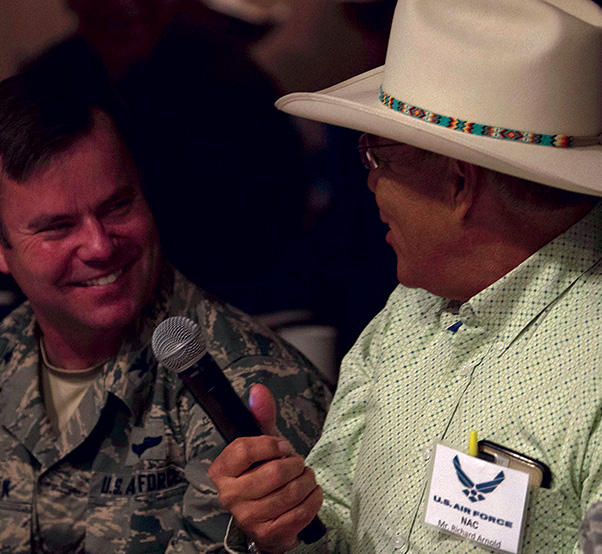